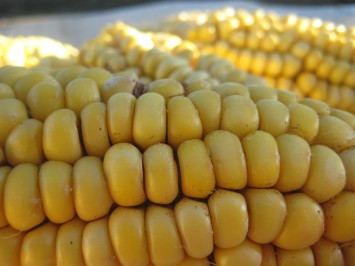 The problems we are facing are linked. It is not a set of problems.
It is a system of problems.
Now it is time to look at the system of solutions.
— Janine Benyus, Nobel Laureate Symposium, 2011.

A Wake Up Call and a Perfect Storm!

rank among the thirteen warmest

in the 132-year period of record keeping.

is melting faster than newer ice.

Has the great “disruption” begun?

as the earth begins to shiver and become feverish

due to our oil-drunk civilization

gulping a billion years of ancient sunlight in a few decades

We have almost eaten them, or burnt them

the average temperature on the planet

Can we contain it at 350 parts per million level?

one-sixth of its Gross Domestic Product (GDP) on oil.

About $6 billion a day, $2 billion in purchasing oil

and $4 billion in making sure the supply is undisrupted.

This includes the financing of the oil wars,

environmental, and other externalities.

“End of fossil-fuel era” has been announced for a while

as well as in our guts

But can we end it through the demand side?

Shall we? Could we?

Those who have been growing food

Wonder about the future of the earth

of themselves, and the food

The time has come to think

No denial will help

We are running out of excuses

to change the course

to cool the earth

Or maybe we are already in it

The trickster in the image of Zapatismo

Riding his horse in the Mexican pueblos

Emerging in the day of the dead

hiding in caves in the days of living

living in pueblos, and ejidos,

and among the Raramuris, the Seris, and the Pimas,

the Opatas, and the Oaxacans,

the Mayans, the Navajos, and the Hopis

Finally, in 2012, the Mexican government

did not permit more experimental plots for Monsanto’s GMO

seeds and crops in its fields.

its enthusiasm for GM crops as well.

The dhoti-clad figure of Mahatma Gandhi

erupting in India in the days of fasting

Gandhi’s hut was a miracle

in the Indian countryside

the British empire out of India

Will claiming local and heritage seeds

do the same magic against the corporate giants today?

and peasant women of the Himalayas

Are saving seeds and biocultural patrimony

An ancient forest, a river

and a soil-based civilization

Are showing the way

of an agri-centric, forest-centric civilization

Where the forest is not measured

as a cubic foot of timber

and humans have nurtured forests

They say in the Andes and the Amazonas

This is a culture of mutual reciprocity

not of monetary exchanges

are the lifeline for forest dwellers

Much more robust than political ecology

Healthy forest and farms do not emit carbon

they sequester carbon in the soil

It is an organic part of the cycle

Soil holds more than three times as much carbon

as the amount found in aboveground vegetation

or in the atmosphere.

If the bank of carbon held in the world’s soils

the release would equal a year’s worth of fossil fuel emissions.

Soil, the mother of all

Soils still hold the secret of our future

Will they absorb the effluents of our affluents?

Or punish us for our “hit-and-run” economy

That overgrew its host, the mother earth

The accelerated velocity of global trade

The volume of goods

Overran the regenerative time of nature

Will soil be the testimony

to the decline of past civilizations?

Or set us for the triumph of a new civilization?

by keeping hedgerows and woodlots

Between the wild and the domestic

Between the farm and the forest

As if Henry David Thoreau (the bachelor of nature) and

are in the same continuum

having more in less

Giving more than taking from its habitat

In places, not in spaces

In homes, not in houses

In horizons, not in frontiers

In huts, not in palaces

In milpas, not in factory farms

In ejidos, not in private plots

In wagas, customary laws in the Gamo Highlands of Ethiopia

In human and animal labor

not in tractors, and farm machineries

In chacras, the cultivated fields of the Andes

Not the bottled waters from water companies

Wrapped up in plastic, hauled away thousands of miles

This water is from nowhere, disconnected, disembodied

It has a price-tag, yet remains nameless, placeless

In mohis, the butter milk from cows and buffaloes

In Tesguino, fermented corn drink of the Raramuris in Mexico

In safe drinking water from running streams and aquifers

Waterways that sing and dance

with the surrounding rocks and vegetations

They are energy systems in motion

not tamed for cemented irrigation canals

Like humans, waterways too, need to be recognized, appeased

and embraced in a “kin-centric” relationship

As there are celebratory days for a plant in bloom

Or crops in harvests

during the planting and harvesting of three sisters

makes a distinction between

Comida is about cooking, eating, caring for, and belonging.

Alimentarse, in contrast, is to purchase and consume

alimentos designed by professional or experts

while being produced and distributed

but comida never moves out of the very place it was born?”

A comida culture thrives in hospitality and sharing

sharing of every meal they cook

There is no contract or calculation of advantage or loss

“You send me your comida and I will send mine.”
it is about the sociality, affection, and mutuality

My mother who lived her full life as a peasant

in the Himalayan foothills of Nepal

sharing food was about doing the right thing

Her purpose in life was to be hospitable to her

She fulfilled her wishes

by creating abundance in nature around her
In the Himalayas, Sierra Madres of Mexico

Such reservoir of memory

to the idea of “food sovereignty”

We used to be food sovereign

Could we be sovereign again?

Not only “food security,” “right to food,” or

“freedom from hunger” but “food sovereignty”

How could we be empowered to decide

Not only one piece in the “Assembly Line” of food

But all the way from “Soil” to “Supper”

And back to “Soil”

Where is it grown?

How is it grown?

How is the food prepared?

Who prepared the food?

The peasant and farmers assembly at Nyelini

It focused on food for people in places and cultures.

It valued food growers and providers.

It argued for localized food systems.

It put control of food locally.

where producers and consumers could be “prosumers”

A sovereign foodsystem builds knowledge and skills, and

It works with nature, not against it.

“Solving for patterns,” not symptoms

A new food economy is emerging

The black soils made by the Indians in the Amazon

soil to supper and farm to kitchen

farm to table and farm to school

“Grass-fed” this and “Rain-fed” that

Chiltepin preserve in the Sonora desert

The Potato Park in the Andean highlands

Not only the fenced parks, sanctuaries

Do not have to erase cultural “hot-spots”

They thrive together in

A 2008 United Nations Report claims that

can feed the seven billion people

and more in perpetuity”

while keeping the soil, water, and forests healthier

that are fair and just

in gardens, farms, and ranches

sipping the unique qualities of the local lands in wines

the microbes, and the biomes

Not only in grape-vines and wines

Terroir, applies to all food families

Biocultural patrimony and diversity is nurtured

In the fences of forest and farms

not in manicured lawns

of mesquite pancakes and agave syrup

in the Sonoran desert

with chiltpine on the side

Food is not just calculation of matter and energy

Or the number of calories

wants us to believe

Food is about the marrying of culture and nature

cross-pollinating with the local flavors

of the flora and fauna

Cooling The Earth while Eating

“We are not eating food; food is eating us”

Laments Carlo Petrini, the founder of

SlowFood, and the Gastronomic University in Italy.

“By eating, all of us participate in inter-species communion”

says, ethno-ecologist, Gary Nabhan, and the founder of

“Rights of communities to food, seeds, water, forests, and biomass

are the foundations of earth democracy”

claims, Vandana Shiva, founder of Navadanya University in the Himalayas.

“Delicious revolutions are in the making”

“As distance in food increases, we loose connection, knowledge, and responsibility.”

Away from the global marketplace

bring food to re-root in the cultures of habitats?

in farms, forests, waterways, and oceans?

not in flooded reservoirs

by ecological and conservation refugees

In places, and not in spaces

because place is a site of identity

Character and a history of belonging

Space, on the other hand, is dead

it is abstract and is the realm of

boundless extension of the techno-industrial grid

Frozen food and ready-made dinners on the TV screen

If I am what I eat

“I do not care where my food comes from”

proclaims a bumper-sticker, in front of a MacDonald’s

We have reached a global food disorder

and an eating disorder

between “overstuffed” and “starved”

While one-third of humanity is hungry

while the other one-third is overfed

humans have co-evolved with nature

85,000 varieties of plants and tubers

as food and medicine

for subsistence and surplus

for energy and stamina

for production and reproduction

With no hospitals and doctors

food was indeed the medicine

Who created some 3,700 varieties of potatoes in the Andes?

Who nurtured some 50,000 varieties of rice in South Asia?

Celebrating the beginning and ending of seasons

Words and images emerged to describe

the tastes, qualities, and quantities of paddy types

“As there is biosphere, there is also ethnosphere

languages and meaning they attach to their habitat”

A repertoire of biological, cultural, and the linguistic

enriched our ancestor’s sense of

have become the matter of human spirit

encoded in our DNA memory

Plants as our witness

Soils as our witness

Waters as our witness

Words as our witness

Arts, and crafts as our witness

are haunting people’s imaginations and designs

as a gateway to more satisfying

Not only healthy foods

By changing the ways we grow and eat food

that are not only “deep” but also “delicious”

Nice blog! I´ve been reading for more than an hour!