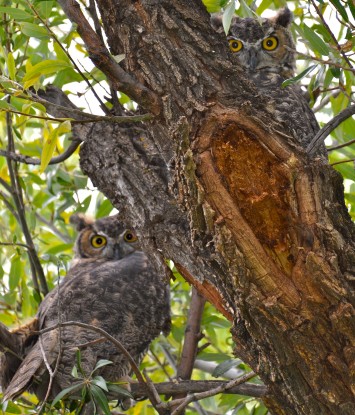 Abstract:  Camping in the national forest is recounted via a poem, replete with rhyme, relation, and rapture.

There is but time to rest and call

Upon the world and stones withal

How numerous have been the days

I have worked at this device

Though never had I hoped to be

As thoughtless as I, to some, must seem

Yet, I wonder, is it all uncouth

To be relieved of job, home, roof

And travel as I do

I sleep where others would not think

Upon a road that harbors bat and skink

And bear and coyote and fox and crow

These neighbors, and most I do not know

To find respite, respect in each day.

I do not know if I am mad

To take my place, a mobile pad

Among the trees and greenery

Where life is as it used to be

Each other, and humans grunting.

The hunters are out now in full force

Men with hats and cammies and much worse

Lying in wait for hours on end

Hoping to shoot a deer and rend

The meat, to food

And bones, all glued.

Between ranger and the man commissioned to stay

And remove weeds to clear the fire roads,

But, “with herbicide” make it barren nodes

For years and years.

In the National Forest, that’s not the way

And so I took myself to the building where

The headquarters are, and standing square

In front of two receptionists

Asked them for an ear, the gist.

I told them all, and how, as well

The worker had given me to his spell,

Explaining his method for clearing paths

While waiting earlier, for the ranger’s maths.

They at the HQ were surprised

And worked to fix what I’d apprised.

But, gee, what rangers would do that?

For a day or two my head was fat

Since I’d left my name, and happy to see

Myself protect the forest

My home—I do adore it.

I’m not running much, nor meditating

Only half the days this week were baiting

Me to continue with my planned work

Of transforming all, avoiding irk.

But I’ve not done much

Upflung is my routine, I clutch.

A day or two, I’d sat with joy

And had a sense of life as toy

With me intact and facing work

That would fill the soul with happy smirk

Going ever to light, toward.

I wonder how long will I last in the woods

Sleeping in my car, with few worldly goods,

And little income to give me joy

But only one thing I know, ahoy

That of work and screen

Computer work, that’s where I’ve been.

But it is good to meditate, and to run

To share time with friends, and aim at fun

And never care what future is lost

And never mind the temporal cost

Coming to love, slowly toward.