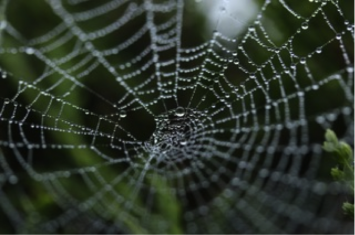 In our state of acute global crisis, we urgently need new leaders. In this short essay, I would like to sketch out my vision of such a new kind of leadership.

The traditional idea of a leader is that of a person who is able to hold a vision, to articulate it clearly, communicate it with passion and charisma, and to lead people in the direction of realizing the vision. A “world leader” is a leader with worldwide renown. In past times, such leaders were often religious leaders. Today the term is applied mostly to political leaders. However, by refusing to adopt policies that would solve our global problems — climate change, economic inequality, violence and war, to name just the most urgent ones — most of our world leaders are leading the world toward global catastrophe.

To be effective, leaders in today’s global crisis need to be systemic thinkers who recognize that the major problems of our time are all interconnected and interdependent. They are systemic problems in need of corresponding systemic solutions — solutions that do not solve any problem in isolation but deal with it in the context of other related problems. Today, hundreds of systemic solutions are being developed all over the world to solve problems of the economy, environmental degradation, energy, climate change, food security, and so on. Our future leaders will need to recognize and amplify these systemic solutions, and to do so they will need to be capable of thinking in terms of relationships, patterns, and context.

These intellectual skills and capabilities are essential characteristics of the new leadership we need today. However, they are not sufficient. Our new leaders also need a “moral compass” in the memorable words of Václav Havel. Now, moral, or ethical behavior is always related to a particular community; it is behavior for the common good. Today, most of us belong to many different communities, but we all share two communities to which we all belong. We are all members of humanity, and we all belong to the global biosphere. We are members of oikos, the Earth Household, which is the Greek root of the word “ecology,” and as such we should behave as the other members of the household behave — the plants, animals, and microorganisms that form the vast network of relationships that we call the web of life. The outstanding characteristic of the Earth Household is its inherent ability to sustain life. As members of the global community of living beings, it behooves us to behave in such a way that we do not interfere with this inherent ability. This is the essential meaning of ecological sustainability. As members of the human community, our behavior should reflect a respect of human dignity and basic human rights.

These, then, are the two central ethical principles we need today: human dignity and ecological sustainability. To lay out how they apply in detail is quite a challenge, but fortunately we have a magnificent document that covers the broad range of ecological sustainability, human dignity, and human rights. It is called the Earth Charter. It was written over many years, beginning with the Earth Summit in Rio de Janeiro in 1992; and it involved a unique collaborative effort of many individuals and groups — NGOs, indigenous peoples, and other groups around the world.

The Earth Charter is a declaration of 16 values and principles for building a sustainable, just, and peaceful world. It was published in 2000, and if you read it today it is still fully valid. It is really a magnificent summary of the kind of ethics we need in today’s world; indeed, it is a moral compass for our time.

The declaration is called a “charter” in analogy to traditional declarations of rights and privileges by a sovereign. The term “Earth” refers to the shared responsibility for the well-being of humanity and of the larger community of life on the Planet. Indeed, the word “humanity” derives from the Latin humus (“earth”), reminding us of the fact that human beings emerged from the living Earth after billions of years of evolution.

I would like to propose that leaders guided by the moral compass of the Earth Charter should be called “Earth leaders,” rather than world leaders, because their vision is the well-being of Earth and of humanity, rather than political, economic, or corporate success. Earth leaders are urgently needed today in virtually all professional fields — from politicians and business leaders to teachers, farmers, scientists, engineers, designers, economists, physicians, and lawyers. Earth leadership is the new kind of leadership informed by systemic thinking and ecological literacy, and embodying the values and principles set fourth in the Earth Charter. The survival of humanity will depend on whether we can foster that kind of leadership in our communities around the world.